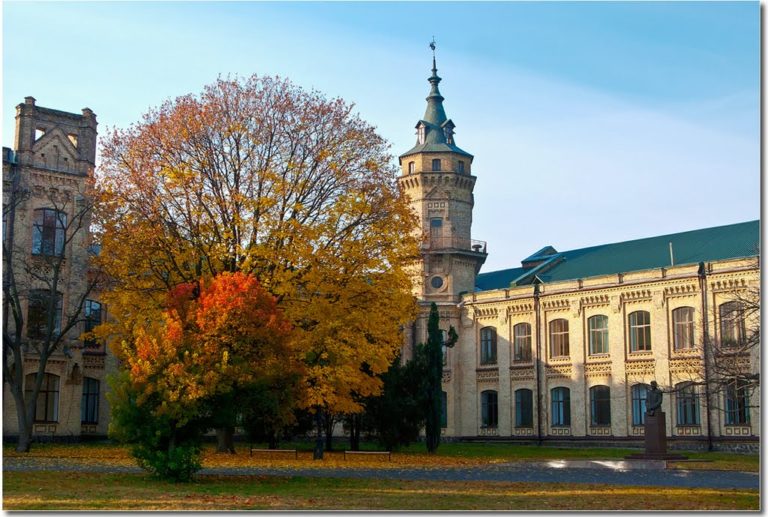 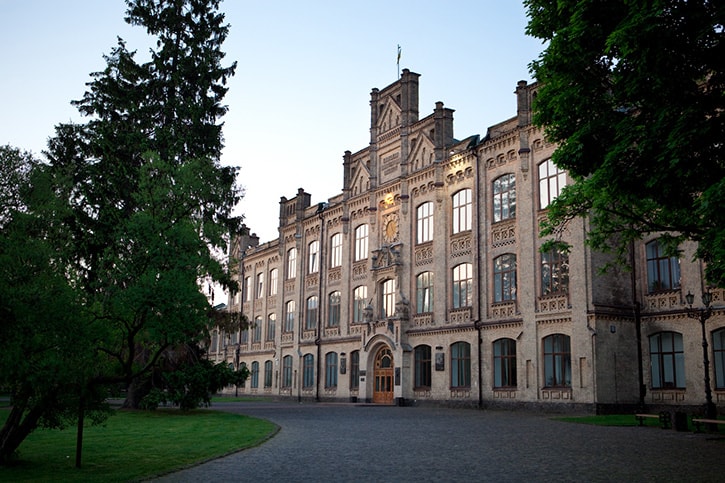 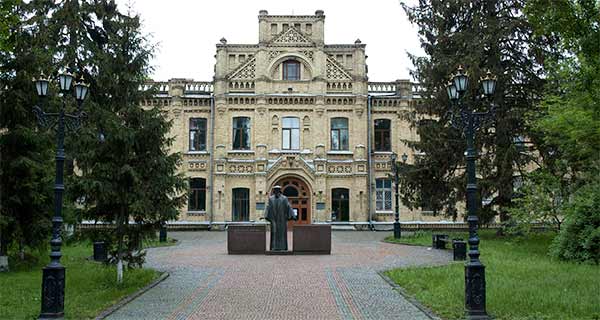 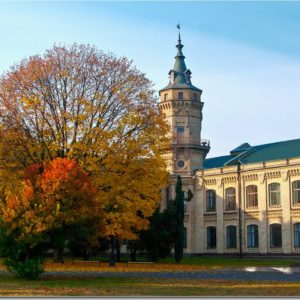 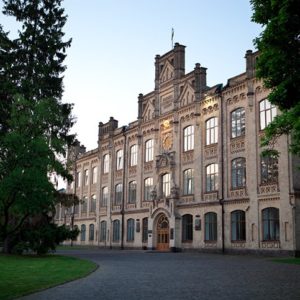 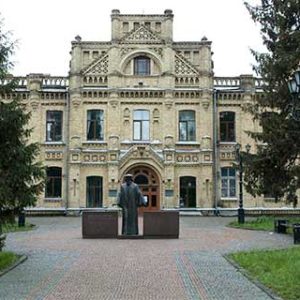 NTUU KPI ranks first nationally, and is world recognized in the number of graduate academic and research programs in the top ten in their field. 40 500 students study at 29 University Colleges. NTUU KPI has drawn 1 500 students from all over the world.

Kyiv Polytechnic Institute (KPI) is one of the most prestigious institutions in Ukraine, and one of the largest technical institutes in Europe.

The university was primarily funded by The Association of Sugar Mill Owners who came from southwest Russia, and contributed a significant proportion of the 2.6 million rouble costs. When KPI opened there were just four colleges – Mechanics, Engineering, Agriculture and Chemistry.

With tens of thousands of students enrolled, KPI is the largest university in Ukraine today. There are 29 university colleges, specialising in both science and arts subjects, and most degrees are offered in a choice of Ukrainian, Russian or English language.

KPI is comprised of two main campuses. The first is situated in central Kiev and is centred around an open area known as The Knowledge Square. This campus also houses 9,000 students from outside the city and includes a 1,750-seater assembly hall and various sports facilities. The other campus is in the northern town of Slavutych, which is actually a purpose-built settlement for citizens who were evacuated following the 1986 Chernobyl disaster.

KPI was the first Ukrainian university to join the community of European universities and it has established cooperative agreements with institutions all over the world. One such agreement, with the University of Oregon in the US, includes a student-exchange program which allows students to study for a semester in a different country.

The university has a history of producing some very prominent figures, particularly in scientific fields. Evgeny Paton, the inventor of electrical welding, was among the first to graduate from KPI, while other alumni include Valeriya Hontaryeva, Chairman of the National Bank of Ukraine, and Sergei Korolev, a Soviet rocket engineer who played a central role in the Space Race of the 1950s and 60s.

About the Bologna Declaration

By issuing the Joint European Diploma Supplement to all graduates and using the credit system (ECTS or compatible) the transparency can be reached. While the European Credit Transfer System (ECTS) in the past was used only as a credit transfer system from one university to another, now it should become a credit accumulation system. Besides the credit accumulation in regular Higher Education programs, this system shall also provide the possibility to gain credits within an informal and non-formal education, thus taking on board the lifelong learning. The aim of Bologna Declaration is to increase the mobility of both students and staff across the European Higher Education Area. This goal will also require an identification and the solution of a numerous social issues. The joint programs and degrees offered by institutions from different countries will help to reach several goals of Bologna Declaration, and will therefore be further developed.

An important aspect of the student mobility, giving the possibility to move to the different country for further degree, is a system of credits used to recognize degrees and to accumulate credits. It is called the European Credit Transfer and Accumulation System (ECTS). ECTS is based on the principle that 60 credits measure the workload of the full-time student during one academic year. The student workload of the full-time study program in Europe is around 1500-1800 hours per year. So, one credit is equal to 25 to 30 working hours. The typical credit ranges are 180-240 units for the first (Bachelor’s) cycle, and 90-120 units for the second (Master’s) cycle; 60 or more units have to be earned during the second cycle. There is no credit range for the third cycle. All Master’s courses are assigned a certain value in terms of ECTS. The successful completion of the full calendar year (12 months) of the Master’s course accumulates 90 ECTS credits.

There are 20 dormitories on the territory of the University, which are home to over 13 thousand students. By appointment dormitories of the campus divided into: 17 dormitories for singles, 2 family dormitories and 1 dormitory for postgraduate students.

In the campus held a local computer network with access to the Internet, which is in each dormitory.

All dormitories are situated in the campus of the University, which is adjacent to the park area (Solomensky district, Kyiv).

Shower located on the first floor. There are two kitchens on each floor.

The cost of living depends on the number of students staying in the room.

In family dorms rooms have designing like one-bedroom apartments.

Each dormitory has a working room, where students are able to prepare for the lessons, conduct various cultural events, and sports room for sports.

On campus there are: a student polyclinic, student dining hall for 800 seats, shopping centers, shops, cafes, student clubs, children’s and sports playgrounds, as well as police and security services of the University. 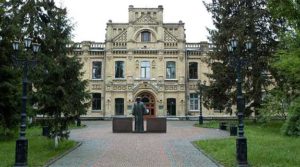 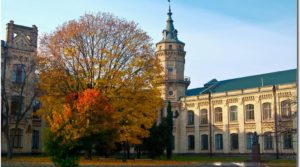 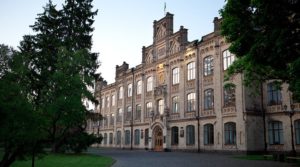 Kiev is one of the biggest cities in Europe. It is a bustling capital of independent Ukraine, its administrative, economic, scientific, cultural and educational center. This scenic city with population of over 3 million people is located on the shores of the Dnepr River.

Kiev is a city of invaluable historical and cultural monuments, a city of great events and outstanding people. Everyone will find there something especially interesting for himself. The art and architecture of Kiev are considered world treasures. Many famous artists, poets and writers estimated the unique beauty of this city. The most renowned landmarks include: Cathedral of St. Sophia with outstanding mosaics and frescoes dating back to the 11th century; Kievo-Percherskaya Lavra featuring several monasteries and cathedrals; Golden Gate of Kiev, which date back to 1037; Ukrainian Baroque Church of St. Andrew; the magnificent 19th-century Cathedral of St. Vladimir; and many other attractions. Kiev is often referred to as “the mother of all cities” by Russians and Ukrainians. It is one of the oldest towns in Europe. In the historical center of Kiev you can feel the spirit of the past everywhere.

Kiev is distinguished for its rich cultural life. Theater lovers will find many theatres offering various theatrical programs. Most performances are held in Ukrainian or Russian. The recently renovated Kiev Opera House presents very good opera as well as a broad repertoire of ballets. Ivan Franko Theater is a center of Ukrainian drama, comedy, and musicals. A lot of various exhibitions are carried out in the city’s numerous museums and art galleries.

Kiev is also a scientific and educational center of independent Ukraine. Various universities and science academies including famous Kiev-Mogilyanskaya Academy, which is one of the first scientific establishments in Eastern Europe, are located there. Being the largest city of Ukraine, Kiev is a leading industrial and commercial center of the country. Kiev’s major industries include: food processing (especially processing of beet sugar), metallurgy, manufacture of machinery, machine tools, rolling stock, chemicals, building materials, and textiles. The development of Ukrainian economy gave impulse to business activity of the city. There are a lot of new office centers, banks, trade exhibition centers and other commercial enterprises appearing in the city nowadays.

Take a walk through the ancient streets of this scenic city, feel its unique beauty and the spirit of its past. For sure your stay in Kiev will become one of your most memorable experiences.