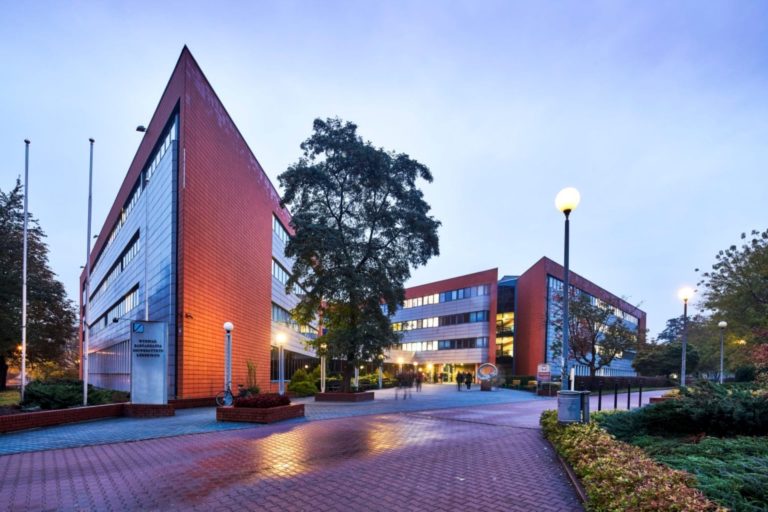 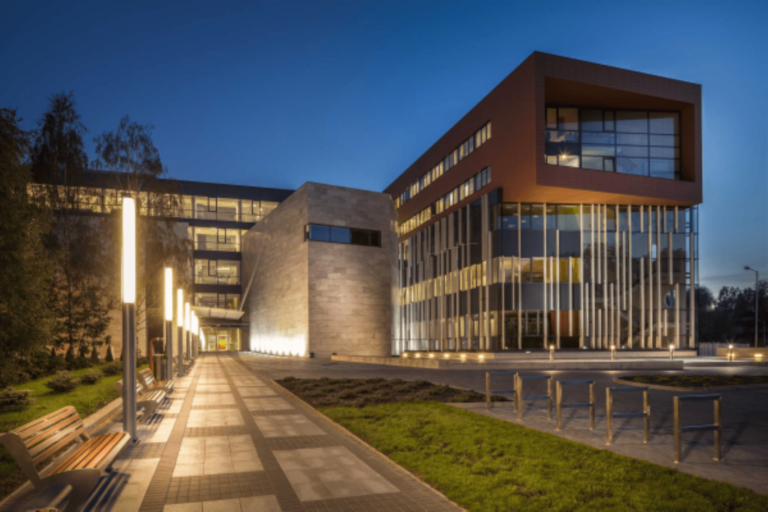 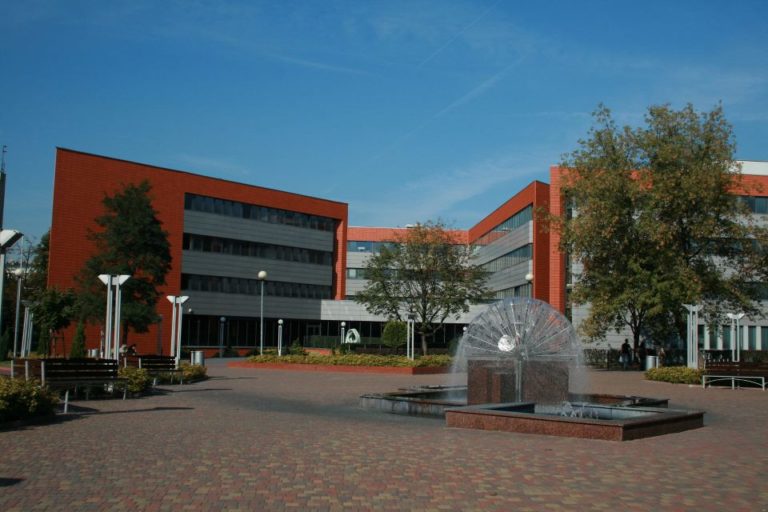 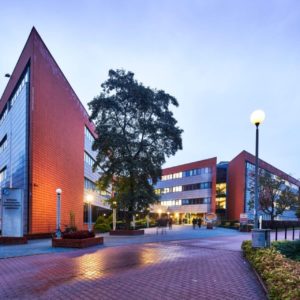 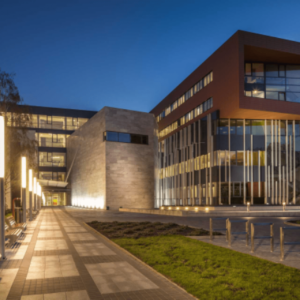 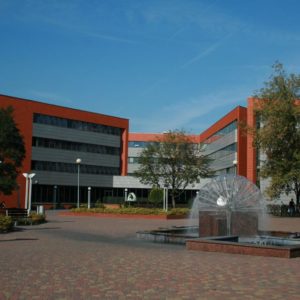 The highly respected University of Lodz is one of the leading institutions of higher education in Poland. The University offers doctoral programmes, more than 56 postgraduate curricula including an MBA programme, and programmes financed by the ESF. In this international atmosphere everyone can experience the cultural diversity of the city and the institution.

University of Lodz has been one of the biggest and most popular Polish universities. It was established in 1945 as a successor of educational institutions active in Lodz in earlier times. The 12 faculties of the University provide programmes in 90 fields of study and 165 specializations. In addition, the University offers doctoral programmes, and more than 56 postgraduate curricula including an MBA programme. Our students, together with those studying in Lodz within exchange programmes, come from about 90 different countries. In this truly international atmosphere everyone can experience the cultural diversity of both the city and the institution.

The 37,000 students (2000 international students) that attend classes at different faculties of the University are taught by 2214 academic teachers, 611 of whom bear the highest academic rank. The interest in studying at the University of Lodz is determined not only by a high quality of instruction, but also by modern programmes of study offered in Polish, English or French, and adapted to the changing demands of the labour market. The University treats international cooperation as a way to foster its development and continue the city’s tradition. Our institution regularly hosts guest speakers, renowned politicians, businessmen and cultural representatives from Poland and abroad. The University is repeatedly ranked among the top higher education institutions in Poland, and it especially excels in such fields of study as management, law, and economics. UL is one of only six Polish Universities which gained a place in the QS World University Rankings.

The University of Lodz boasts the oldest and most recognized School of Polish for Foreigners that has educated over 25,000 students since 1952. The School runs 1-month, 5-month and 9-month courses which prepare foreign students for future studying in Poland. It offers basic courses of Polish as well as thematic Polish language courses in history, geography, biology, chemistry, physics, mathematics and philosophy to provide prospective students with the knowledge needed in their future academic settings. After completion, the students are given right to be admitted without extra examinations to many Polish institutions of higher education.

The University Library is one of the biggest and most modern academic libraries in Poland. At present, its total collection amounts to more than 3 million volumes. The University’s campus offers housing in 10 dormitories situated in a beautiful green area reasonably close to the city centre, and next to most Faculty buildings.

The Campus also includes the Centre for Physical Education and Sports, which is a modern complex featuring a sports hall, swimming pool, gyms, and a health and beauty salon. Near it, you can find a medical unit, a bank, and varied shops.

Why Lodz University of Technology

Being a student does not require 24/7 studying. What you do after your lectures have finished is equally important. Lodz University of Technology welcomes active people and supports student initiative.

Our students enjoy relaxing in the world of arts and culture. Żak student radio station, which broadcasts around the clock at 88,8 MHz , is over 50 years old! This is the place where many now successful Polish journalists began their careers.

Those with high doses of energy can vent it out by joining any of the 31 sports sections of the Academic Sport Association of TUL. Swimming, track and field sports, martial arts, bridge and chess – whatever suits you best. Team games, paragliding and rock climbing sections have been among the most popular.

There are almost 75 student circles at TUL. They are perfect places for students who have a passion for science and want to enrich their knowledge and understanding of an area of science. Nine halls of residence provide accommodation and free Internet access to 3000 students. The student village also houses student organization offices, sports facilities, canteen, corner stores, port office, health care centre, as well as a modern performance hall.

The university covers the area of about 30 hectares and is located in a few dozen buildings.

Besides new structures built in the recent years the Lodz Univeristy of Technology adapted and revitalized a few historic 19th century villas and factory buildings, adjusting them to its needs. 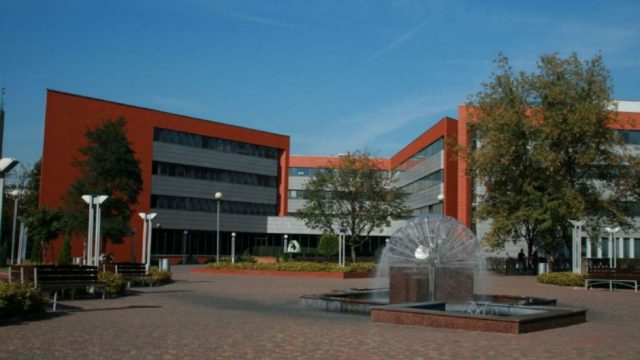 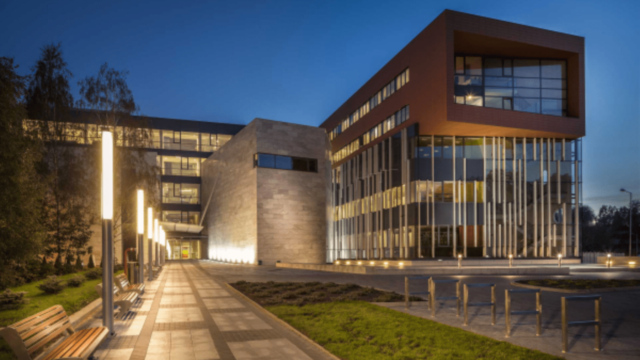 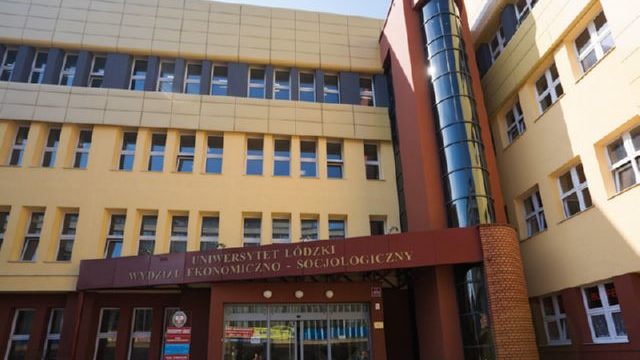 Lodz is located in the heart of Poland at the intersection of many important European routes. The city is located 125 km from Warsaw – capital of Poland.

It is the second largest Polish city, and has its own unique atmosphere. It is also sometimes known as the Polish Manchester due to its size and the fame of the textile industry that developed there in the 19th century. Unreasonably overlooked, Lodz is worth a visit and definitely deserves promotion. It features fine Art Nouveau architecture, a rowdy nightlife and the most famous Polish film school. A visit to Lodz will undoubtedly leave you with memorable impressions and a better understanding of Poland. Every year in Lodz runs dozens of cultural events. Concerts, cinema, music and theater festivals are increasingly attracting the attention of prominent guests and tourists.

In the early 20th century, Lodzi living representatives of four cultures: Poles, Jews, Germans and Russians. They contributed to the development of various cultural city, and Lodz University maintains this tradition. Local architecture and history attracts many tourists. History Łódź associated with the rapid development of the textile industry in the nineteenth century, when the city was called the city of factory chimneys.

Today Lodz is a significant cultural centre, internationally known for its Film School, a cradle for the best Polish cameramen, actors and directors, including Andrzej Wajda and Roman Polanski. The local Museum of Art has the best collection of contemporary Polish art in the country. The city is thriving with industry and business rapidly developing, moving away from textiles, which has been in decline since 1991.